History of Education in the Novgorod Region 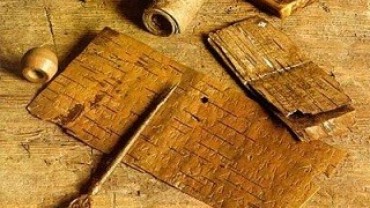 Written sources and archaeo­logical finds speak about the exis­tence of the ancient written and bookish tradition in Novgorod the Great. The huge amount of birch-bark scrolls (more than 1000) shows the mass character of literacy of the population of the Novgorod land. 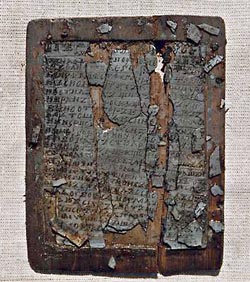 In the year 2000, the most ancient Slavic book with fragments of texts from «Psalter» was found in the Troitsk excavations in the layers between X-XI centuries. In 1030, prince Yaroslav-the-Wise opened the school for "the book learning" in Novgorod. It was the first educational institution.

In XI-XVII centuries, Novgorod the Great remained the large center of literacy and knowledge. Here religious and secular writings signifi­cant for the whole Russia were created; a well-known Novgorod chronicle tradition was established here. As for the education system, it had two-level character in those centuries: elementary education to the reading and writing, the letter and the account; the subsequent training to grammar, rhetoric, philosophy, geography, a sacred his­tory, foreign languages, economy and law. In 1706, during the epoch of reforms of Peter I, the first higher educational institution headed by brothers Lihudy was opened in Novgorod.

In 1919, within the precincts of the theological seminary closed by the Soviet authorities the first higher educational institution of modern type - Institute of the Public Education - was opened, later it turned into Novgorod State Teachers Training College. Then, in 1964, the branch of Leningrad Electro-technical Institute (since 1973, Novgorod Polytechnic Institute) was opened in Novgorod. In 1969 the Novgorod study by correspondence branch of Leningrad Agricultural Institute appeared (since 1986 it is Novgorod Agricultural Institute).

On June, 30th, 1993 on the basis of the above-mentioned educational institutions Novgorod State University was established. Vladimir Vasiljevich Soroka who became the first Rector of a new university was the author of the idea and the generator of its embodiment. The purpose of NovSU creation was to integrate the experience in training of specialists and to build a unified education system in the region.